Nature Wonder-Island Vol. 1 ｜ Why is there so much rare wildlife remaining on Amami? 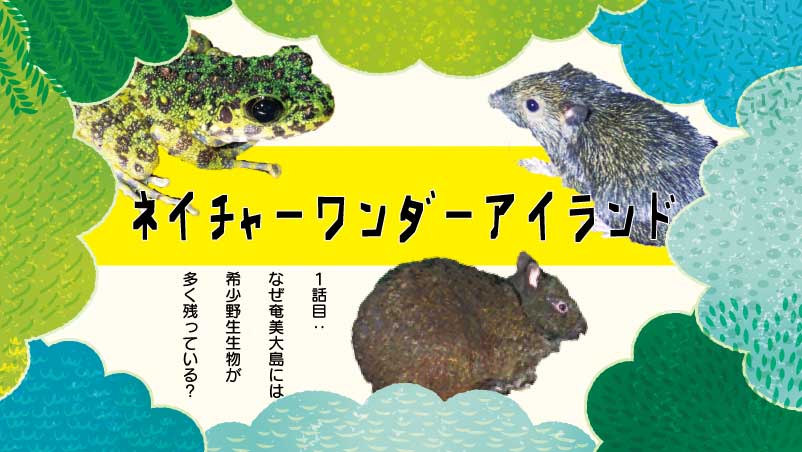 Reads: Nature Wonder-Island Vol. 1-Why is there so much rare wildlife remaining on Amami?

Hello, I am Honami Hayase, a conservation officer (or ranger) of the Ministry of the Environment Amami Wildlife Center in Yamato town on Amami Oshima.

We will be introducing the nature and wildlife of Amami Oshima in an 8-part series from the Amami Wildlife Center staff.

We hope that through these articles, many more people can learn about the little-known natural beauty of Amami Oshima, even if it is only a bit.

Now without further ado- does everyone know just how precious the flora and fauna of Amami are?

Amami Oshima makes up only 0.19% of the surface area of all of Japan.

However, the varieties of vertebrates that inhabit the island (excluding fish) make up 42.7% of the wildlife that inhabits Japan, and then 42 kinds are endemic species that only inhabit the Nansei Islands that are south of the Tokara Islands. 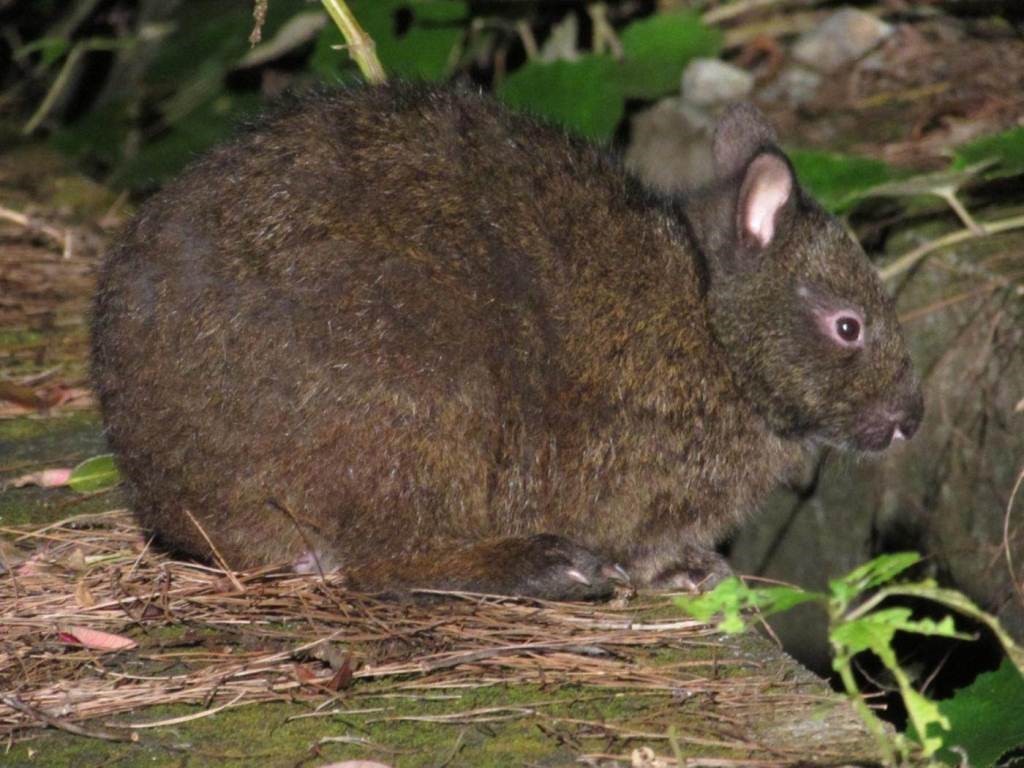 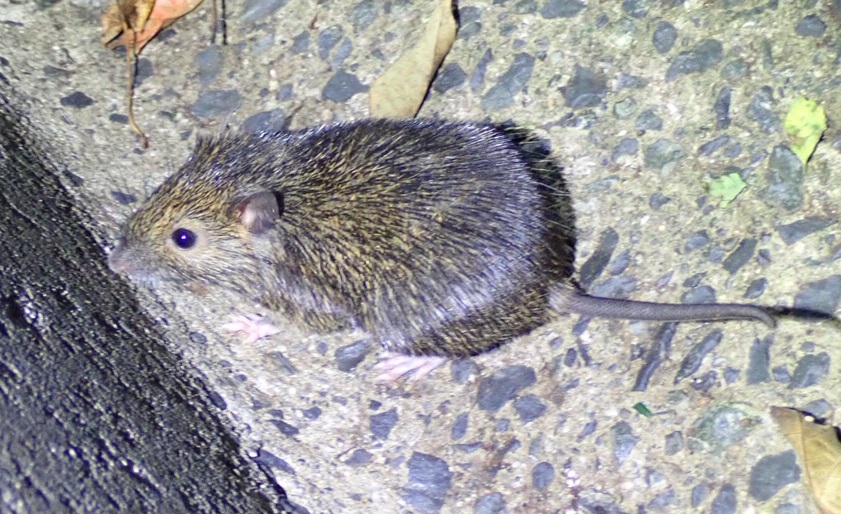 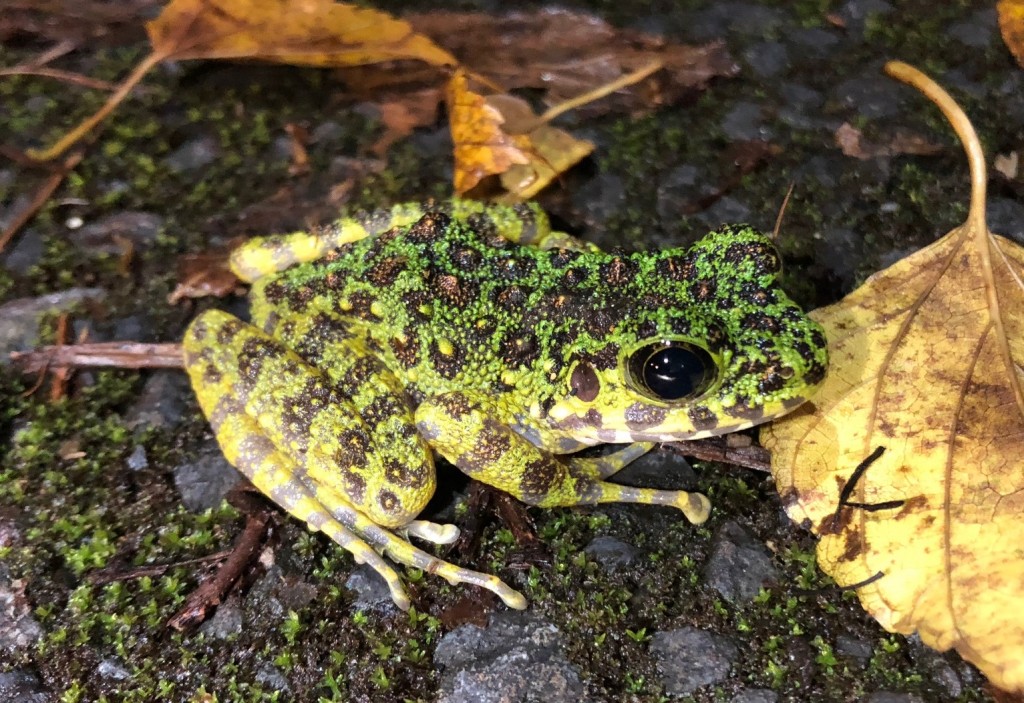 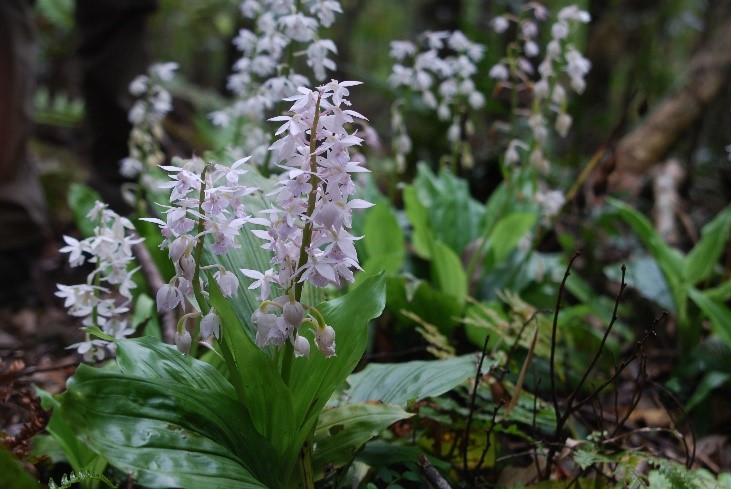 Amami Oshima is often said to be a treasure trove of rare species, but why are there so many rare and endemic species on Amami Oshima?

In this article we will introduce the secrets of the nature of Amami Oshima.

１．A rare environment in the subtropics?

In addition, Amami Oshima is characterized by its very frequent rainfall, with the average annual rainfall being about 2,800mm (110in).  The annual rainfall of Tokyo is about 1,500mm (59in).

In the rest of the world, most areas with subtropical climates are drier, like deserts or grasslands.  However, due to the influence of the ocean current (Kuroshio Current) and seasonal winds, the climate on Amami is warm and humid, and a vast forest (rainforest) has formed.

It can be said that this subtropical and rainy Amami Oshima is a rare environment of the world.  In such a climate, Amami Oshima has become an island that is blessed with rich nature such as forests, rivers and coral reefs, and is an environment where many kinds of creatures thrive. 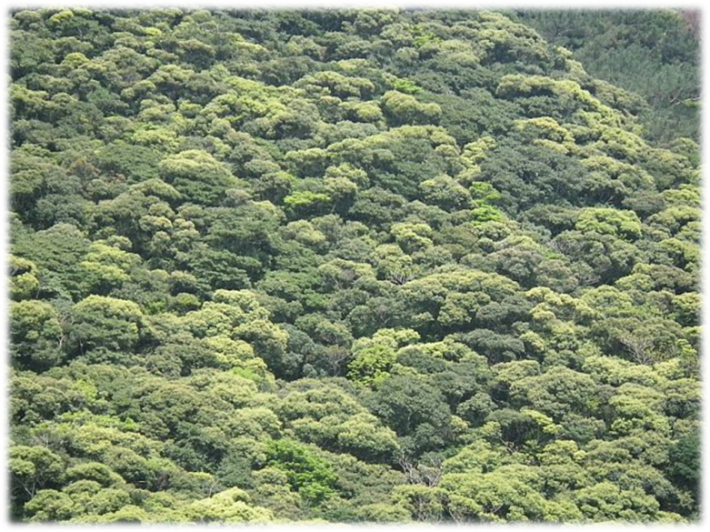 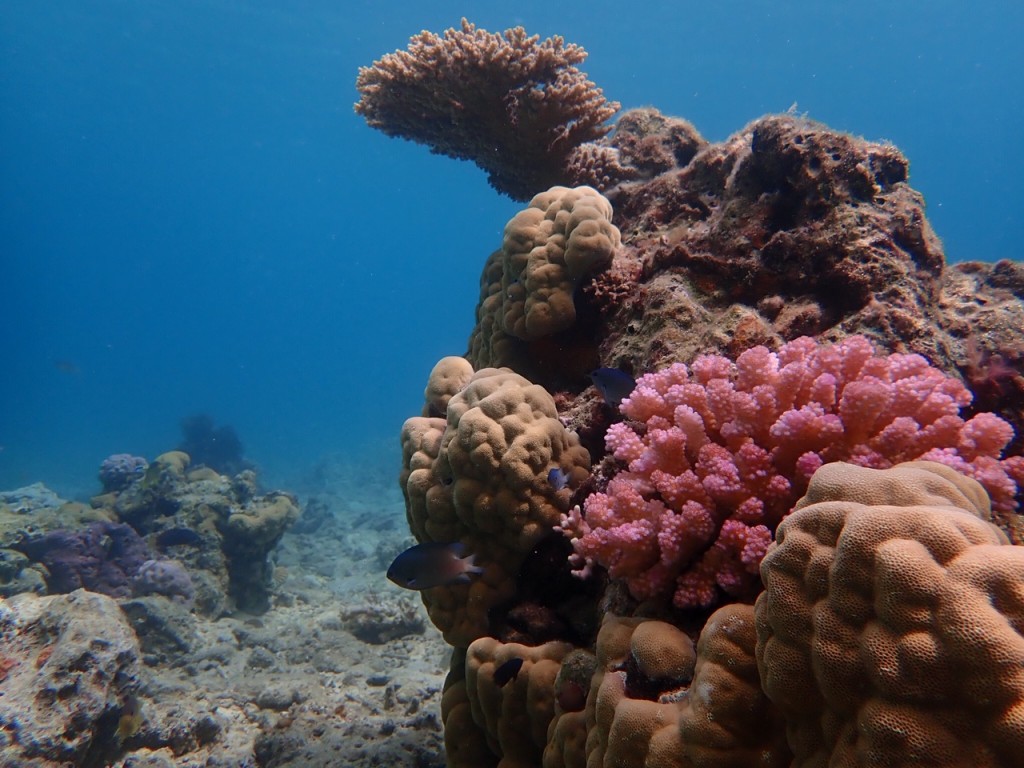 ２．Breaking off from the continent of Asia

It is said that around ten million years ago, the Amami Archipelago was connected to the continent of Asia.  Around two million years ago, it broke off into various large islands, and about 20,000-15,000 years ago it became the same shape as the present.  In this such history, the creatures that crossed over from the continent remained on each island and evolved independently.

Therefore, many creatures that only inhabit Amami Oshima remain, as they are protected by its rich nature and unique ecosystem. 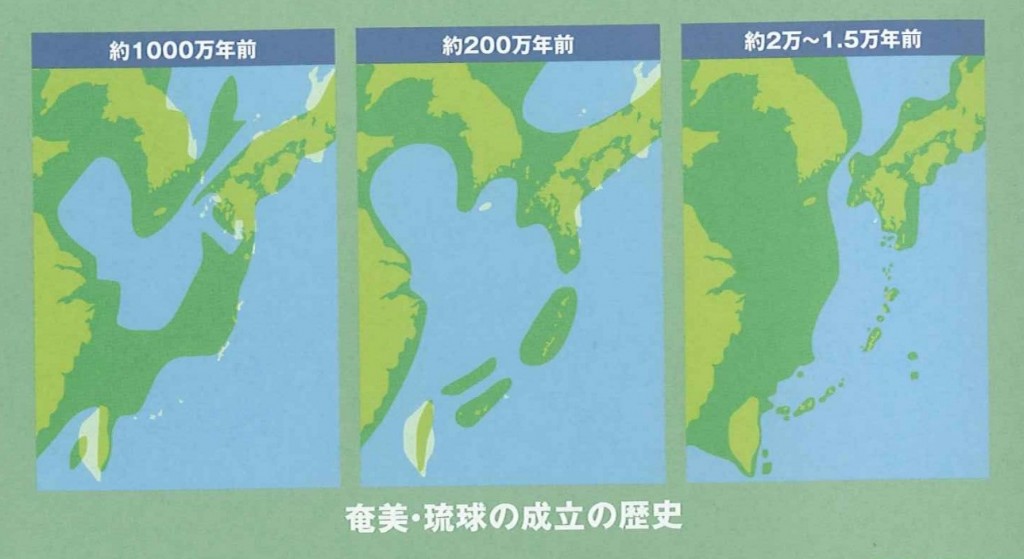 Reads: The Formation of Amami/Ryukyu

3. A lifestyle that blends well with nature

We live our lives receiving many blessings from nature.  Clear blue sky and ocean, reduced risk of landslides, abundant seafood and food of the mountains, and more.  The former lifestyle of Amami Oshima that was centered on villages, where the ocean and mountains came together in one living space, recognized the existence of the gods in the ocean and mountains and was one with nature.  You can also catch a glimpse of the connection that Amami Oshima has with nature in their shima-uta folksongs, Hachi-gatsu Odori harvest dance, harvest festivals and other distinct traditional culture. 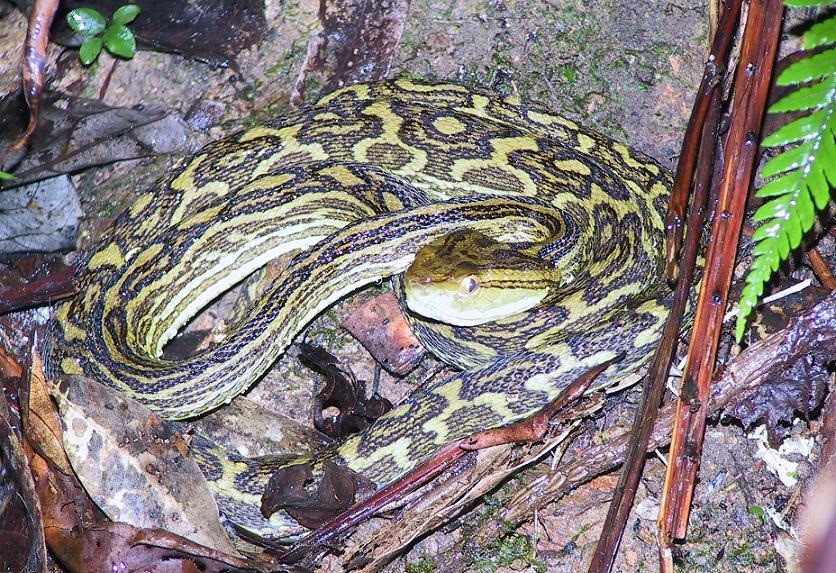 I have heard from an islander that in the past, it was taught that if you caught a small shellfish, you should return it to the sea.  Just as our predecessors coexisted with nature and utilized it sustainably, we must ensure that we borrow the power of nature wisely and protect the rich ecosystem of Amami Oshima.

In this article, I have introduced the reason why the nature and wildlife of Amami Oshima is so valuable, and why it has been protected.

Finally, while there are various endangered species on Amami Oshima, the value in them is not from their scarcity.  Instead, I would like for people to understand the value of the circumstances of Amami Oshima’s long history of evolving independently and the unique ecosystem, and aim for an Amami Oshima where this rich nature filled with valuable creatures becomes the norm. 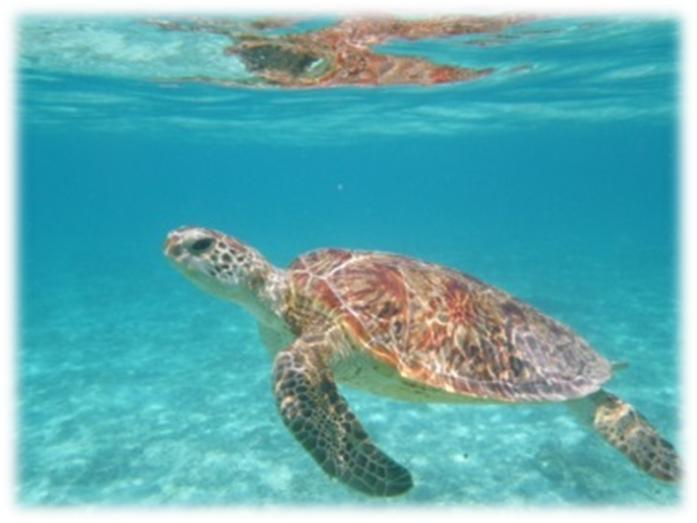 Next time we will introduce the iconic natural habitat of Amami Oshima: the wonder of the mangroves.