The Amami Kokuto Shochu of Yayoi Shochu Distillery, Made by the ‘Young Heir’ Devoted to Liquor Quality

The Only Islands in Japan where Kokuto Shochu can be Produced

Did you know that Kokuto Shochu (brown sugar distilled liquor) can only be manufactured in the Amami Archipelago?

I believe that there is a surprising amount of people who have never even heard of Kokuto Shochu.

Even amongst Kokuto Shochu, the taste varies greatly between distilleries, and even between ingredients used by the same distillery. 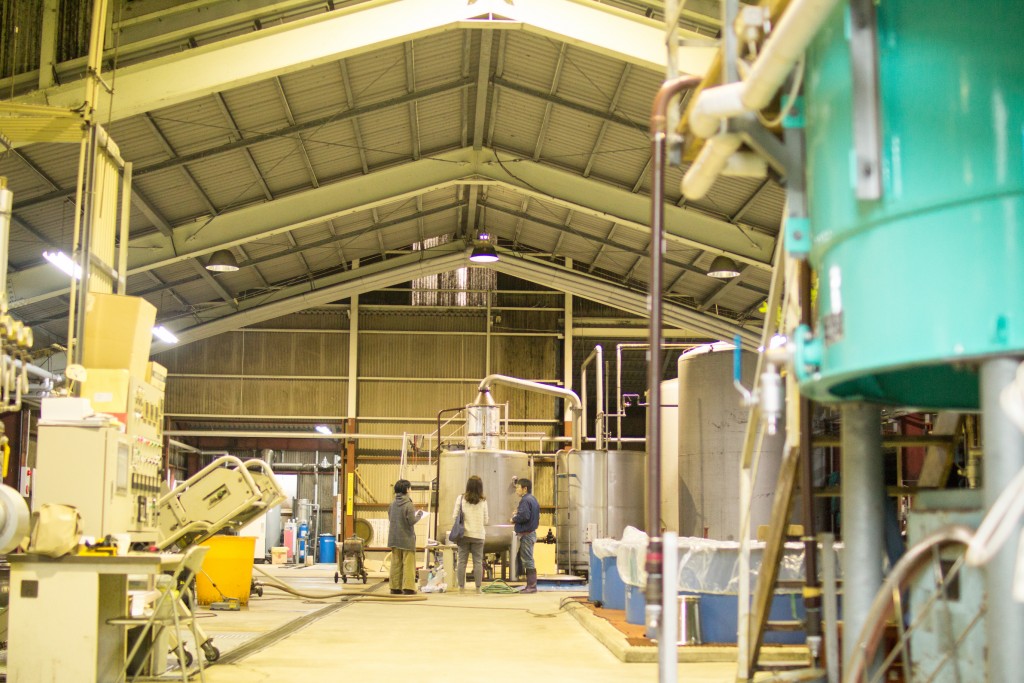 We visited the Yayoi Shochu Distillery, which has been producing Kokuto Shochu called ‘Yayoi’ or ‘Mankoi’ using the atmospheric distillation method since they were established. 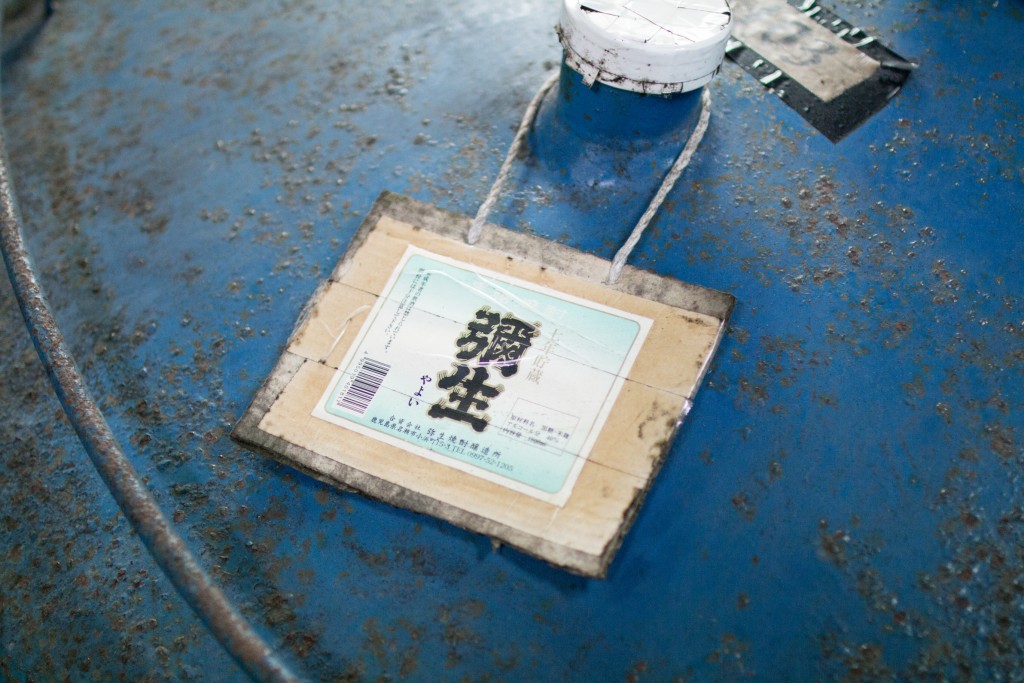 The Yayoi Shochu Distillery was ‘born’ in the 3rd month of the lunar calendar (called Yayoi) in the 11th year of the Taisho Era, and they have preserved traditional manufacturing methods even as they become one with the flow of time and continue production.

It is clear at first-taste if you actually drink and compare them, but as far as explaining it here goes, atmospheric distillation creates a strong shochu with an edge. 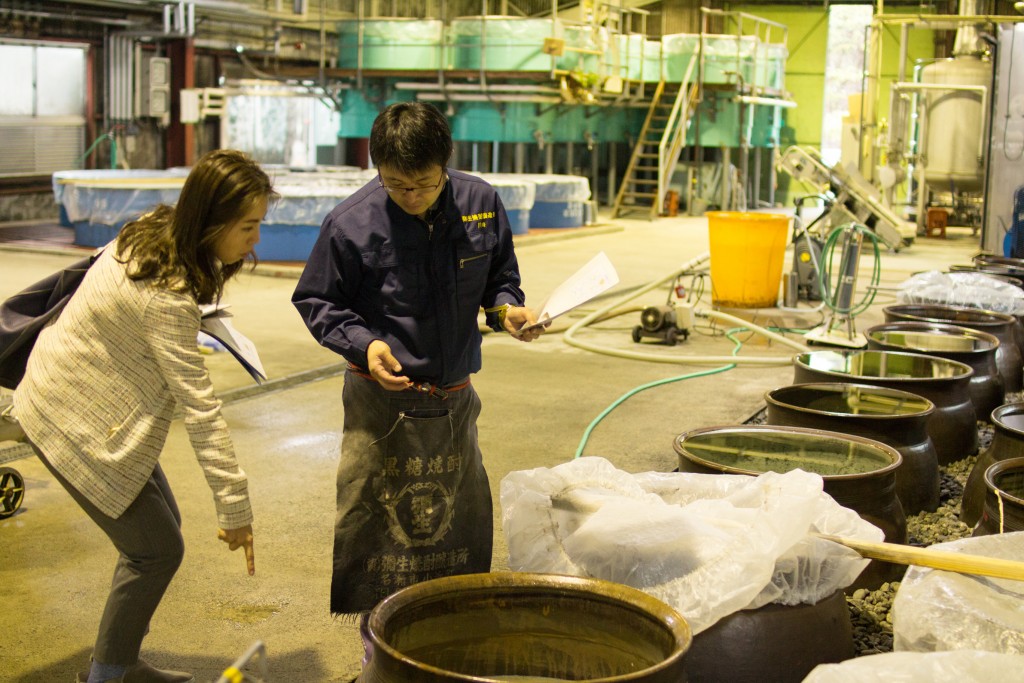 ‘Atmospheric distillation’ is a method of distilling at 1 atm (atmospheric pressure), which is about the same at which people live.

The alcohol of the fermented Shochu mash (called ‘moromi’) begins to evaporate at about 70 degrees Celsius, and the components of the alcohol that had turned into gas are cooled, then turned into liquid.  The temperature of the fermented Shochu mash goes up to 100 degrees Celsius, so the components of the other ingredients used, such as the brown sugar taste and the rice oils, are evaporated together with it into the liquor, and thus a Shochu rich in flavor is produced. 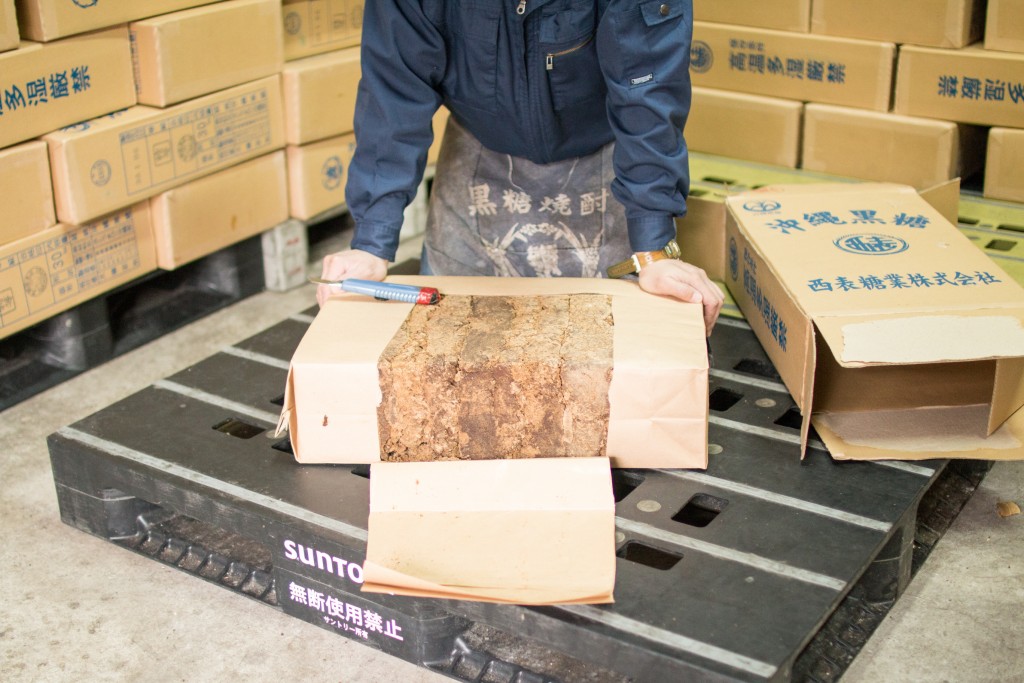 (By the way, although a great amount of brown sugar is used, it evaporates during distillation, so there is no sugar content in the final product) 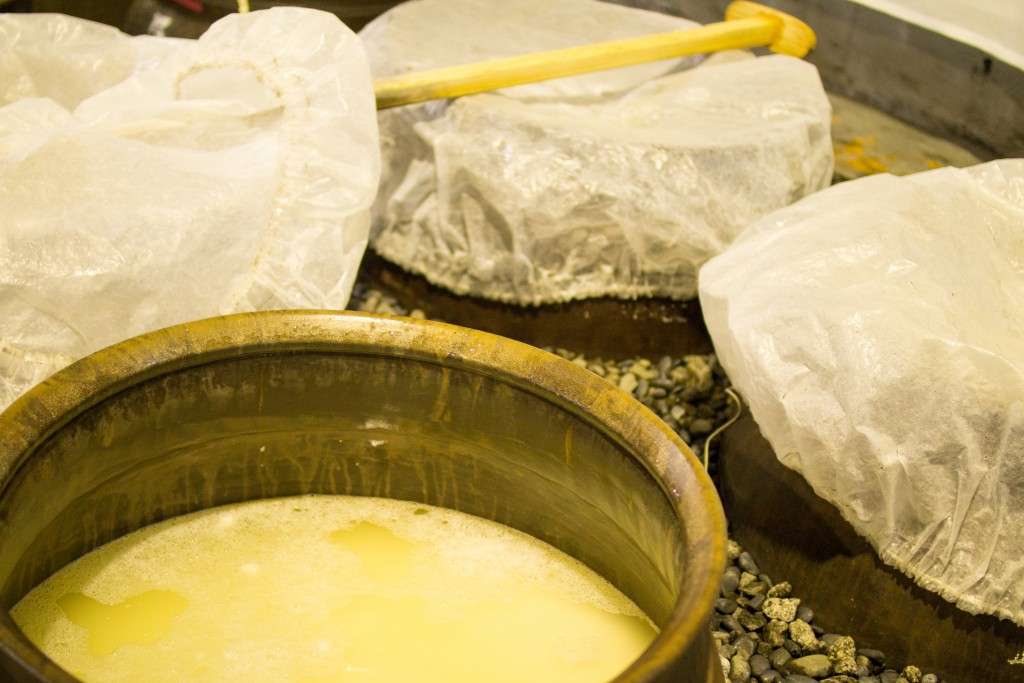 The ‘Liquor Quality’ of Kokuto Shochu has existed since long ago at Yayoi Distillery.

I also felt the enthusiasm of the Yayoi Distillery to meet the expectations of their long-time fans.

Once the distilling season for Kokuto Shochu begins (Feb.-April, Oct.-Dec.), it must be managed in 1-minute increments, so during distillation they cannot leave the area.  It appears to be difficult to attend the entrance and graduation ceremonies for their children that also happen during this time. 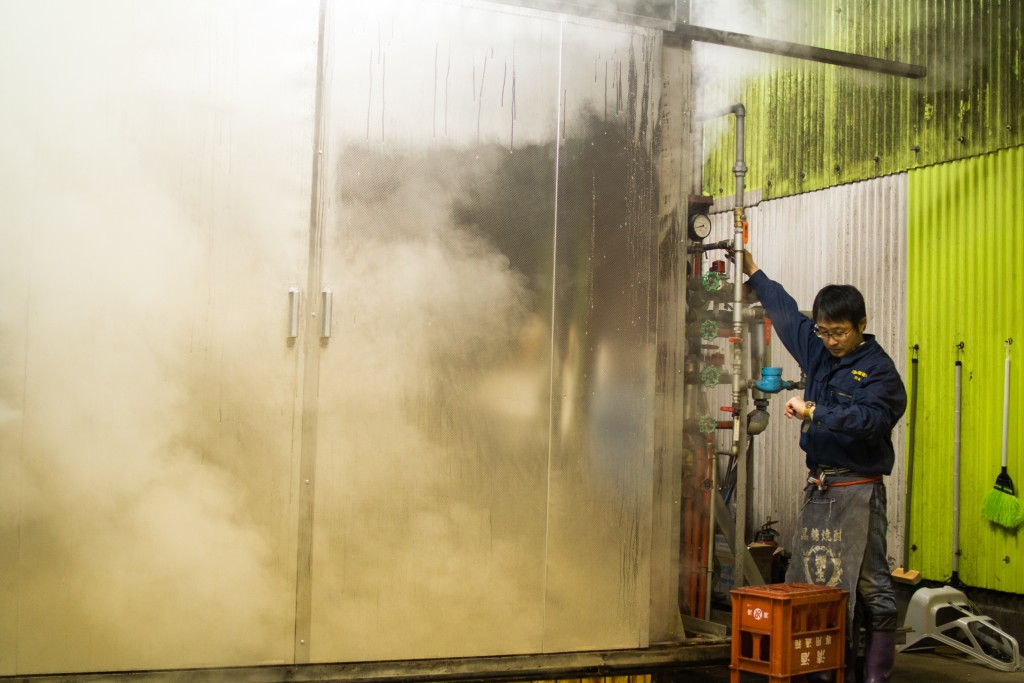 Mr. Hiroyuki Kawasaki, the 4th successor of the Yayoi Shochu Distillery, checks the clock as he explains the manufacturing process.

“In this we are fermenting the rice.  Here we use Jasmine rice.

In recent years they began to require us to list the origin of the ingredients, so some places changed to domestically produced rice to make a better impression, but the water absorption rate of Japanese processing rice is inconsistent. The steaming is not equal.  Jasmine rice produces Koji (similar to malt) well, and the taste is completely different.  When tasting and comparing them, everyone says that the Kokuto Shochu made from Jasmine rice has a higher ‘Liquor Quality.’

Here at Yayoi we want to cherish the quality of liquor.”

The ‘Young Heir’ Mr. Kawasaki lightheartedly talked to us who were meeting him for the first time.

Our nerves were calmed before we knew it as he spoke to us with an air like we were learning about Kokuto Shochu from a relative who is like an older brother.

We actually heard a rumor that the “4th successor of Yayoi is an interesting fellow,” so we came to cover the story. 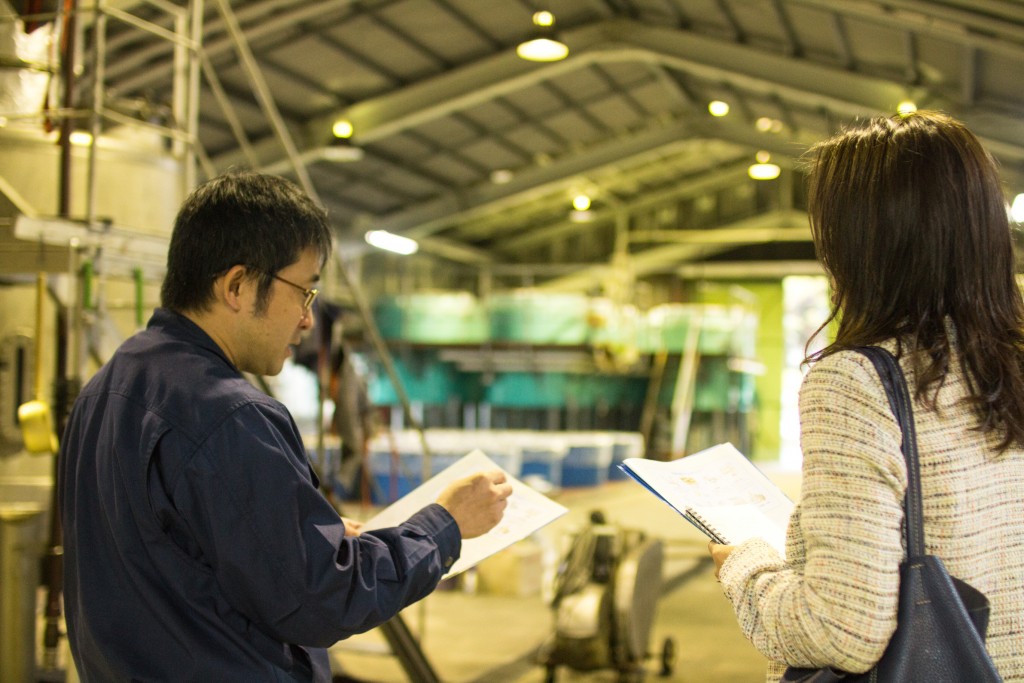 The 4th successor of Yayoi Shochu Distillery, Mr. Hiroyuki Kawasaki (the ‘Young Heir’) moved to Tokyo after he graduated from high school on Amami Oshima.  Upon graduating from university, he went on to research medical instruments.

Then, after occupations in marketing and sales at a pharmaceutical company, he made a U-turn back to Amami at age 35.  Presently, as the chief brewer and 4th successor, he is active in the production, sales and PR of Kokuto Shochu.

When I asked him “Do you use your experience in Tokyo in your work here at all?” the ‘Young Heir’ replied “While I may not be using it directly, I experienced the back-and-forth of a trial-and-error system while researching medical instruments, and I learned very much about that.

It is the same if applied to making Kokuto Shochu; I became able to try out new and interesting things, and if I fail then humbly reflect and think about how to make it work, and keep that will to make another attempt.”

He says that they are currently working on new shochu products, different from those that exist already.

“At the first company that I worked at, the company policy was ‘open-minded discussion, freedom of opinion.’

Since I grew up in this environment where, regardless if you were a new employee or the company president, we could freely say our opinion that may have exceeded our position, I still have times when I say whatever I think is right to anyone.

I personally prefer for people to tell me “it is better to do it this way” without hesitation, because if it makes me change myself for the better, then it is something to be thankful for.

Also, I think it would be good if our shochu got even better.  I think it is definitely good to think seriously about what to do to make the entire industry better, based on the much-appreciated advice from various sources, and act upon that.” 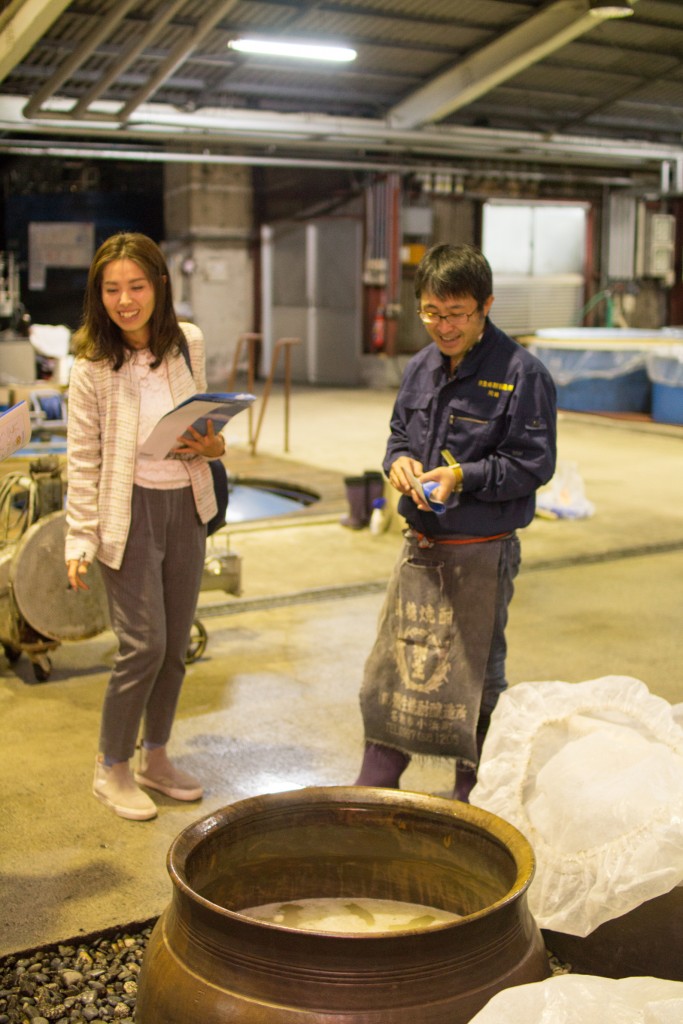 “Oh, but there are people with different ways of thinking, so those who are irritated if someone tells them how work may not like my straightforward way of speaking!” he said with a smile.

From this man (with a seemingly calm demeanor at first glance) came these passionate and energetic words with a backbone.  I truly felt what is interesting about the methodicalness born from his sincere creativity.

“The ‘Young Heir’ of Yayoi Shuzo is interesting”… I understood this rumor. (haha)

The “chief brewer” who gives spirit to producing shochu.  His image is one of a true artisan, but he is putting his spirit into sales and advertisement in addition to production as well.  He updates the blog he began writing in 2009 just about every day.

When I asked “Does your network expand at all by writing a blog and posting on social media?” he responded with:

“Yes. If we go to product exhibitions across the nation, then people who follow the blog or social media accounts also visit, and from that relation there are people who come to Amami Oshima as well.

Although it is not so many that our shochu sells better, but little by little through this connection and word-of-mouth, I hope that people can learn about and become interested in Yayoi’s shochu and Amami.  So, I am putting effort into composing daily social media posts about liquor and delicious food, among other things.”

When I read his blog, I was struck by how his “blog personality” and “real-life personality” were essentially the same.  I am sure that even those who have never met him in person can gather a sense of the thoughts and aura of the ‘Young Heir.’

Please give it a look! 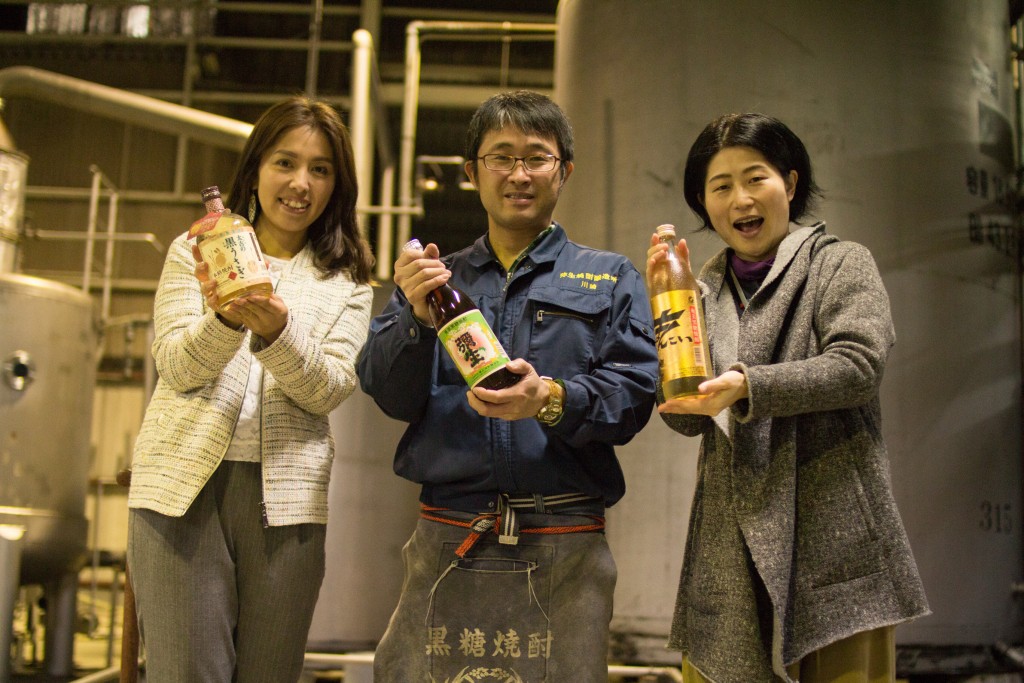 Also, I highly recommend that those who like Kokuto Shochu and Amami Oshima take a tour of Yayoi Shochu Distillery!  You can directly listen to the ‘Young Heir’ speak.

If the timing is right, you may find him at a restaurant with delicious food and ‘Yayoi’ or ‘Mankoi’ shochu. 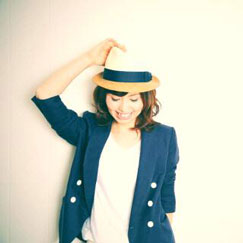