‘Ugaminshouran’ (Hello)!  I am Makino (surname) of the Amami Wildlife Center,

In this 3rd article, I’ll be introducing the invasive species on Amami and the exterminators on the frontlines.

Nature Wonder-Island Vol. 1- Why does so much rare wildlife remain on Amami?

Nature Wonder-Island Vol. 2 ｜ What kind of place is the Mangroves?

Everyone, have you heard of the term ‘invasive species?’

An invasive species refers to a creature that came from another region by human activity to a specific region that the species did not inhabit originally.  If you give Amami Oshima as an example, species like the Small Indian mongoose and the creeping-oxeye plant come to mind, as these two types of living creatures were brought from overseas. 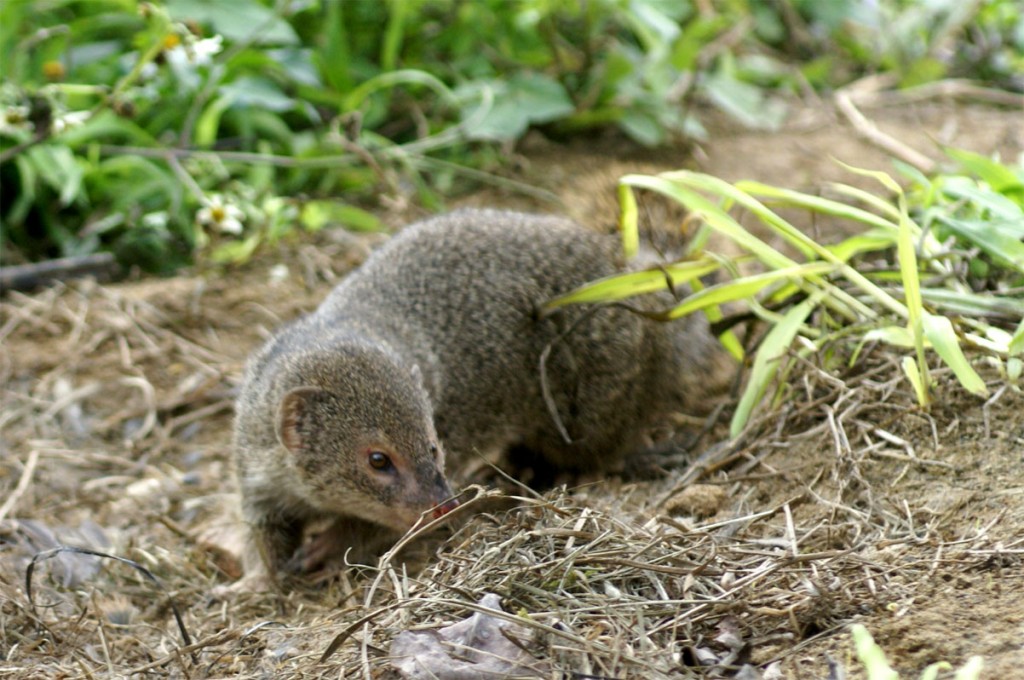 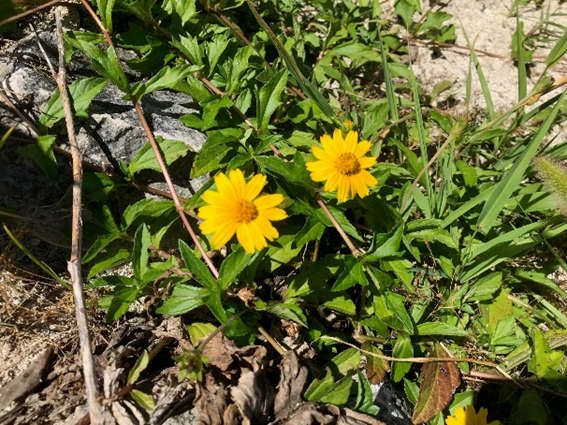 The opposite term to ‘invasive (or alien) species’ is ‘native species,’ which indicates that the species has originally inhabited a specific region.  On Amami Oshima, the Amami rabbit, and the Amami-ebine (Calanthe amamiana) are native species. 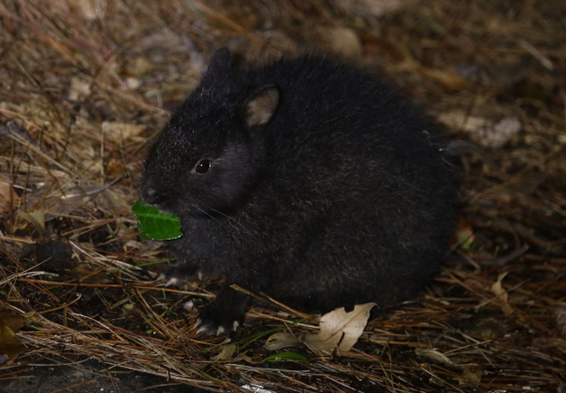 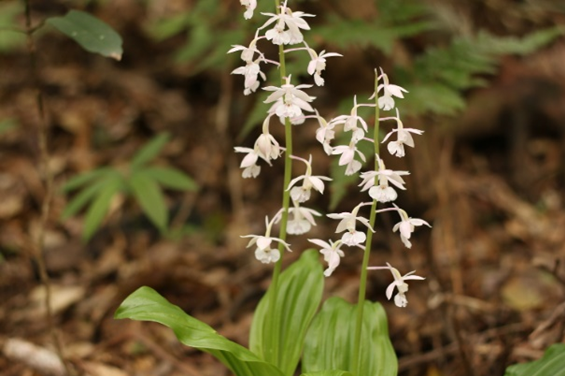 What happens if there are invasive species on Amami Oshima?  At a glance it seems likes these invasive species are unrelated to us, but they are actually a big problem. I’ll explain using the Small Indian mongoose and the creeping-oxeye plant as examples. 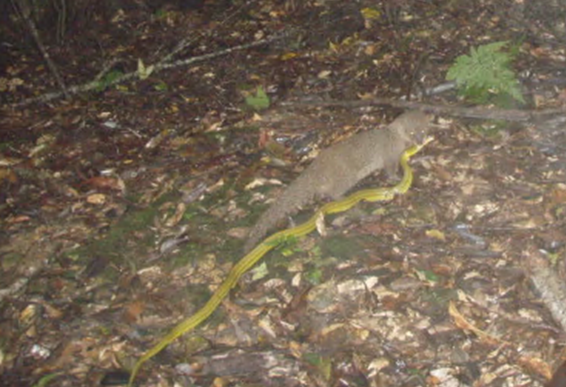 In addition, the Small Indian mongoose has caused damage to crops in the past.  It would be very troublesome if crops like vegetables and brown sugar (raw sugar cane) that should line our dinner tables were gone.

The creeping-oxeye plant is very tenacious, and its ability to adapt to its environment is very high.  If it takes root in a place where a native plant is rooted, then it displaces the native species.

Furthermore, wildlife that relies on this native plant could be lost, and the entire landscape could completely change. 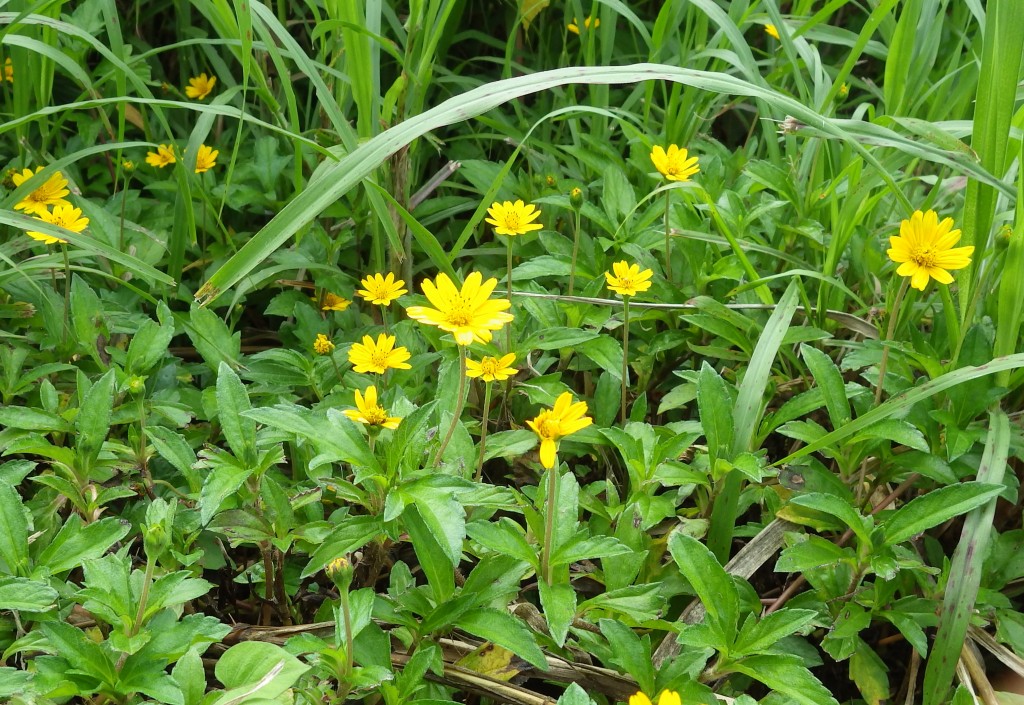 These invasive species are troublesome if they spread on Amami Oshima…  We cannot stand idly by and do nothing about invasive species that have spread. Next, I will explain the front lines of extermination! 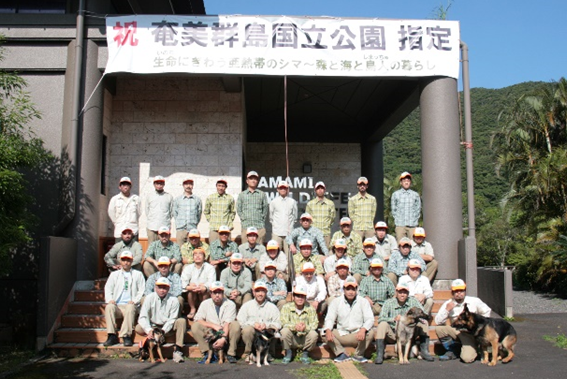 The Amami Mongoose-busters inspect the traps as well as carry out capture efforts with a mongoose search dog daily.  Thanks to the work of the Amami Mongoose-busters, they’ve reduced the number of Small Indian mongoose that was estimated to be about 10,000 at times to less than 50.  The good news is that accompanied by the decrease of Small Indian mongoose, the habitat expansion of native species on Amami Oshima has also been confirmed. 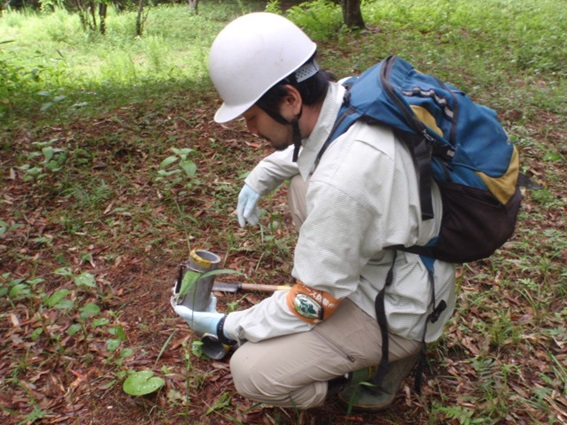 The trap inspection done by the Amami Mongoose-busters 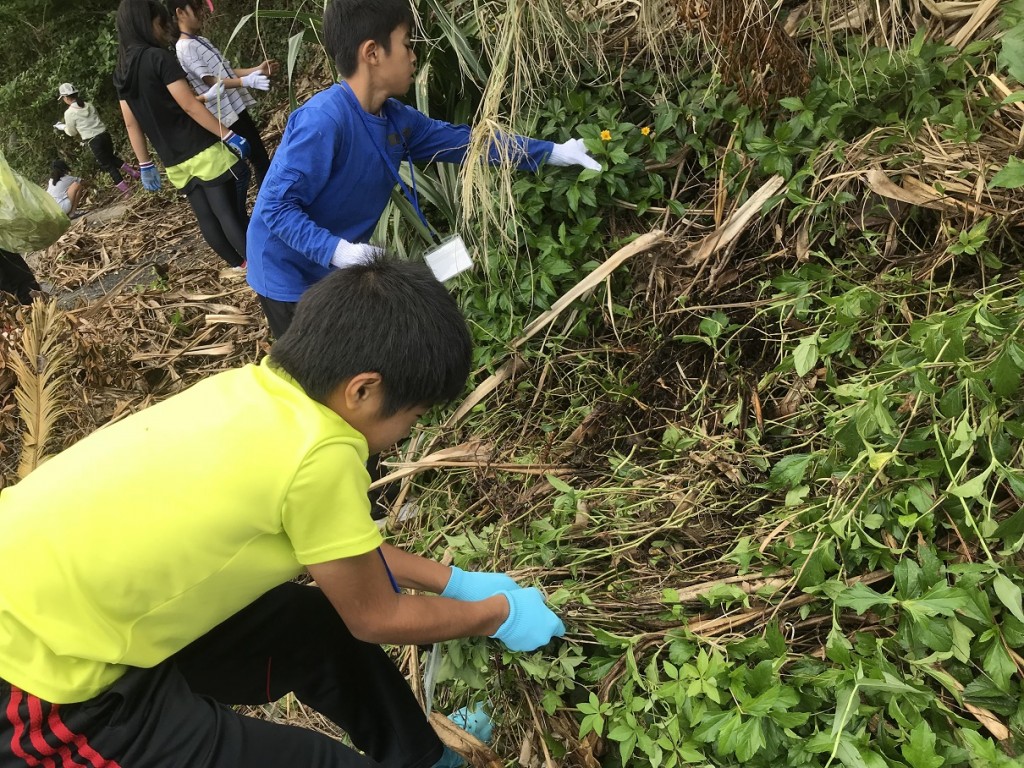 Effort to exterminate the creeping-oxeye plant

Although eliminating an invasive species that has taken hold is tough work, that which humans brought in must also be taken care of by humans.

Let’s all do our best to protect the nature and wildlife of Amami Oshima, as well as to create an Amami Oshima we can boast about to the world!